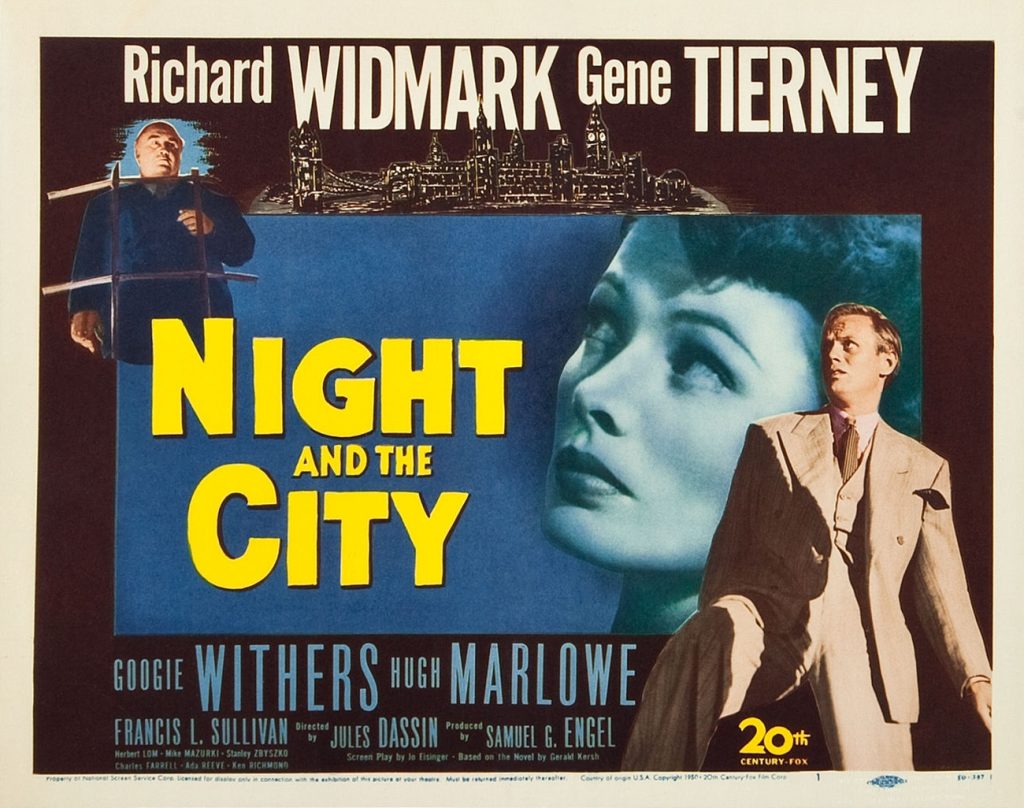 The Politics of Space: Screening of Night and the City at the Salt Repository

The cultural centre SODAS 2123 is joining the celebration of the 700th anniversary of Vilnius City with events exploring the pertinent issues of the politics of space and is launching the film programme of the international symposium The Politics of Space on 8 September at 8 pm.

Watching cinema is often compared to Plato’s allegory of the cave. Every time the viewers enter a darkened cinema hall, they forget the worries of their everyday lives and immerse themselves in another reality – one that unfolds between the screen and the viewers, which becomes like a consciously experienced collective dream. With this project, we invite to rethink the usual ritual of watching cinema and invite the audience to search for the relationship between the film and the space in which it is experienced. By inviting the audience to take a journey through different cinematic and urban histories of Vilnius we are asking a question – what kind of dramaturgy exists in these spaces? How can cinema complement our reality and provide new perspectives for understanding and creating it?

The first event of the film programme will take place at the Grinda site salt repository. Vilnius City Municipality company Grinda provides services that are compulsory for the city: it repairs and maintains street and yard pavements, cleans, grits and washes streets, provides specialised sanitation services, etc. It is the Grinda site where the salt is transported from every winter and the streets are salted with it. This site can also be called the unconscious space of the city, where old histories are all layered down – sculptures, signs, banners and various elements of infrastructure which evoke our memories of the recent pasts.

In the context of The Politics of Space film programme, the creative laboratory and the symposium, the openness of this site and of the company run by the municipality is very important. The screening of the film will be the first event to publicly invite the city inhabitants to take a closer look at this territory and its processes, and to imagine how this space could become a more open site for them in the future.

A film by Jules Dassin, shot on the streets of London, revealing the usually invisible criminal life of the city, will be screened at the Grinda salt repository. It is one of his most famous works and a perfect example of film noir. The film character Harry Fabian makes plans to make a fortune and finally live happily ever after with his girlfriend, but the underground world draws Harry into a whirlwind of events that he can no longer control. Robert Warshow makes a great insight in his essay The Gangster as a Tragic Hero, defining this film perfectly: “For the gangster, there is only the city that truly exists, and he must live in it in order to personify it: not the real city, but the dangerous and the sad imaginary city which is much more important, which is the modern world”. The film will be presented by the writer and film philosopher Dr. Aušra Kaziliūnaitė.

This screening is an introduction to the international symposium The Politics of Space to be held from 29 September to 2 October.

The symposium The Politics of Space brings together boundary crossing experiences by researchers and practitioners, architects and artists and invites to explore how political issues intersect with phenomena of creation of the space at different scales: from furniture and our relationship with each other in domestic spaces to the agreements that shape regions and geopolitical territories. All of these issues will be explored in the rich four-day international symposium programme of lectures, discussions, performances, film screenings, workshops and musical events. The event will take place from 29 September to 2 October at the cultural centre SODAS 2123. An exhibition at the Atletika gallery will follow the symposium, showcasing the research and work of the symposium participants, including unique productions created for this event. It will be open until 16 October.

More information on the symposium is coming soon.

This project is part of the Vilnius 700th anniversary programme. Find out more

Registration is required. The registration form can be accessed by following the link:

The venue – Eigulių Str. 32, Vilnius 03150. Access to the screening venue from the parking lot. Please follow the signs when you arrive and please do not leave the screening area.

The project is funded by the Lithuanian Council for Culture, the Office of the Government of the Republic of Lithuania, Vilnius City Municipality and the Lithuanian Film Centre under the Ministry of Culture.